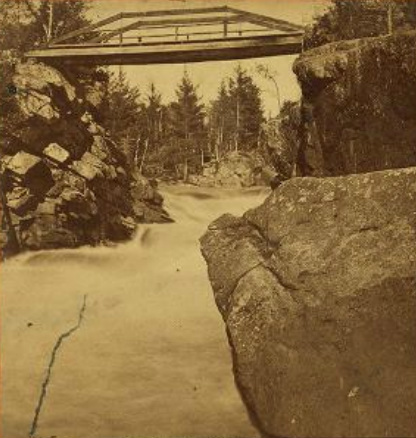 The bridge at Berlin Falls around 1865-1876 (Image from New York Public Library)
Berlin Falls is the area of town located from the Heritage Park down to the Cleveland Bridge. The “upper falls” is where the H. Winslow & Company sawmill once stood (Heritage Park), that area was also called the Berlin Mills because H. Winslow & Company changed its name to Berlin Mills Company. The “lower falls” is where the International Paper mill once stood. The village of Berlin Falls sits around the lower falls. When the Mason Street dam is opened up, the “lower falls” can still be seen. 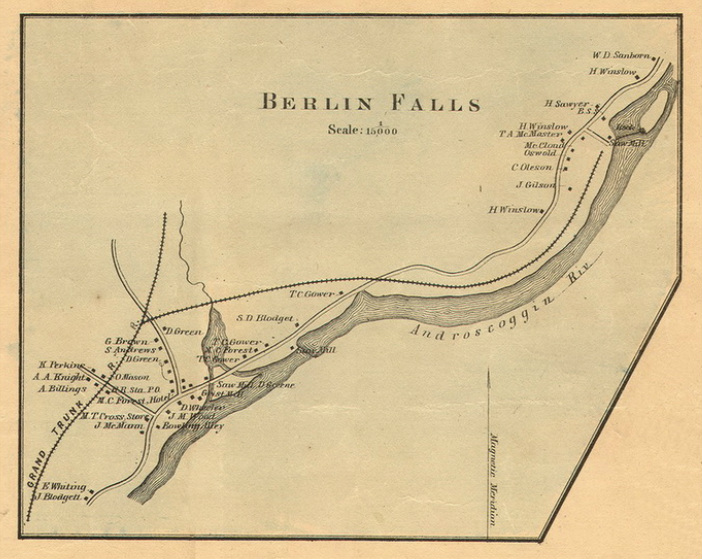 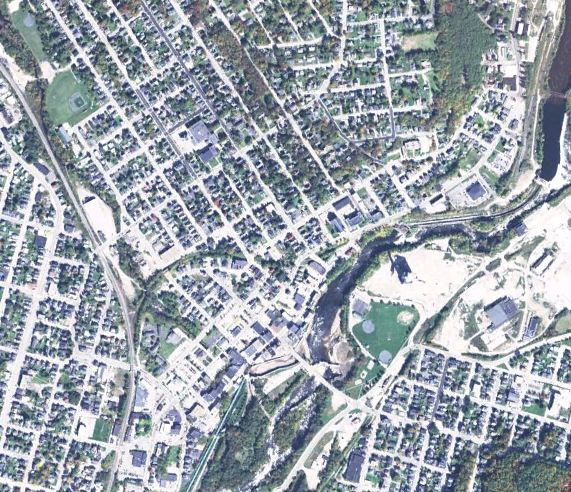 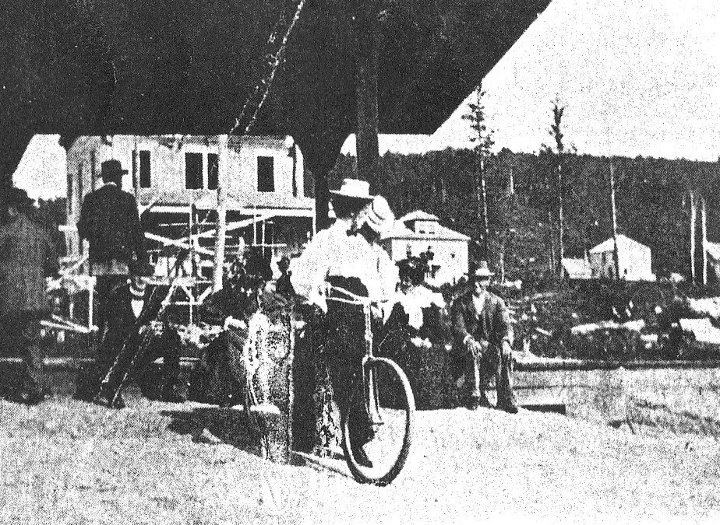 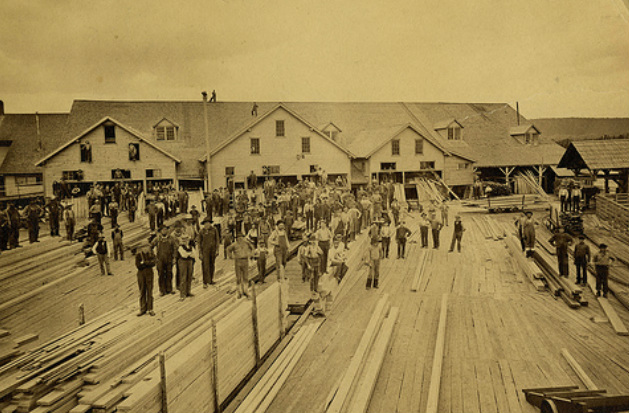 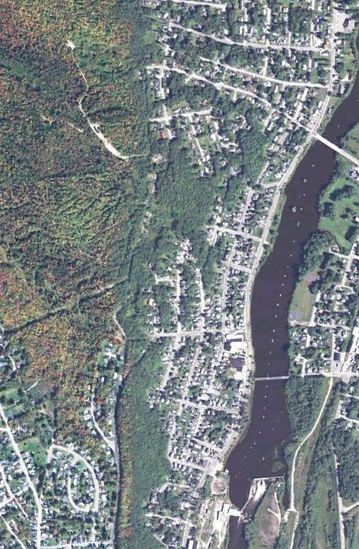 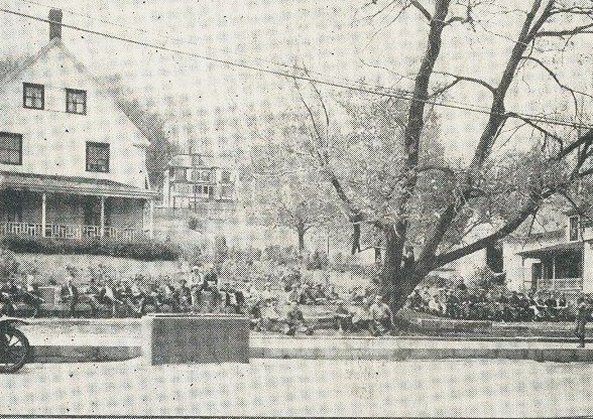 A group of workers eating their lunch (Image from Poof Tardiff)
The park in Berlin Mills was a great place for the workers of the Riverside Mill and the Berlin Mills Company to sit down on their break and eat their lunch. This park and it’s stone benches still stands today across the street from the Heritage Park. 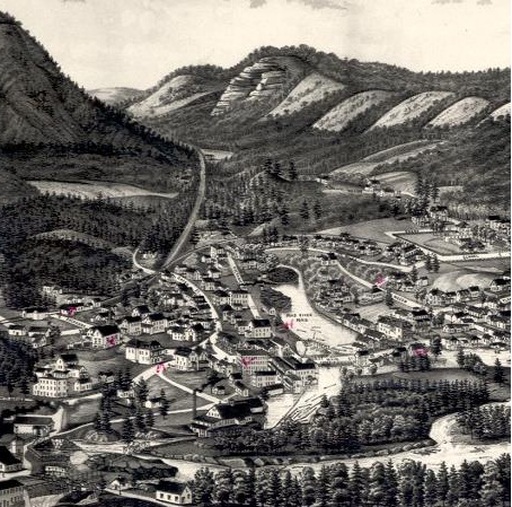 An early drawing of the pond that once sat between Rid-aid and Irving’s on lower Pleasant Street
The Dead River Pond gets its name from the river that once flowed into the pond. It also had another name, Green’s Pond which comes from the Green family that owned most of buildings before the Northway Bank. This pond once sat between where Rid-aid and Irvings is today. Mr. Gershon Bickford purchased the rights to own the Dead River Pond (or Green’s Pond) from the Glen Manufacturing Company. Before this the Pond was used by the Glen Company as a way to get their logs to their mill. Mr. Bickford pulled the damn and drained the water. Mr. Bickford then had a canal dug from the Grand Trunk trestle, which is at the end of Granite Street. This canal went the length of the pond, carrying the water to Main Street. He then pulled the crib that held the water and used the logs and stones as a footing for Pleasant Street. The last thing Mr. Bickford did during his “Pond Project” was to make Pleasant Street reach Mechanic Street. (Image from Poof Tardiff) 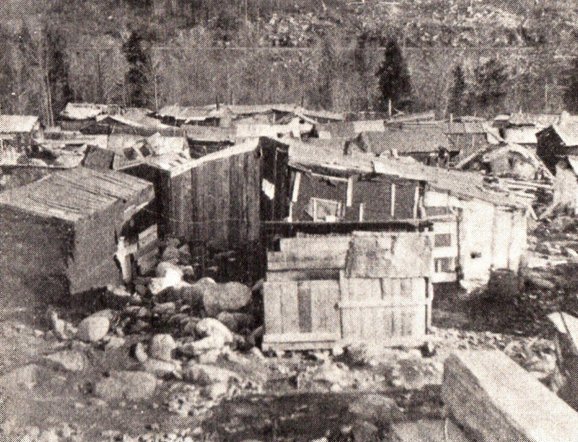 The "Shanty town" that sat in the area of Cascade Flats in 1903
Cascade is a village within the City of Berlin and the town of Gorham. It gets its name from an alpine waterfall to the north of the village. Cascade mill was built in 1903 and the builders of the mill settled around the construction area. During the mills construction, workers built small shanty shacks that are shown in the image on the left. After the mill was built, the immigrants, that were mostly Italian and a small amount of Polish men and women, built better homes on Cascade Flats and Cascade Hill.(Image from Poof Tardiff) 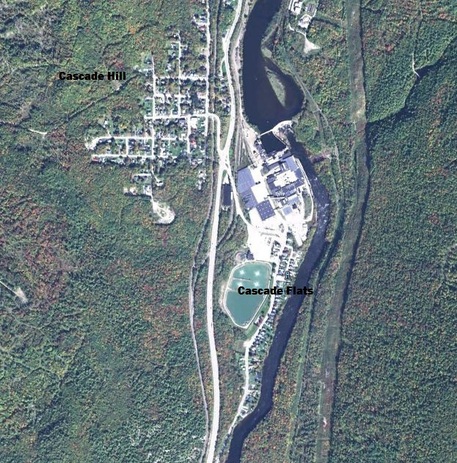 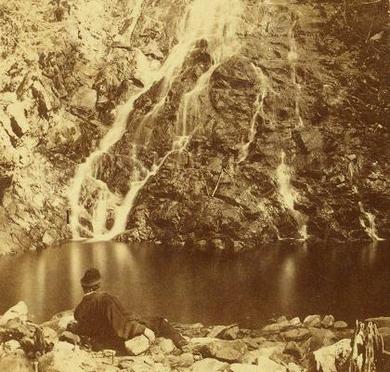 The Alpine Cascade, 1865-1876 (Image from New York Public Library)
Back to the top of this page