The Irish fit in really well in America, they could speak English so that was a plus. In Berlin the Irish settled near St. Kieran’s church but at the time went to the first St. Anne’s church because it was the only Catholic Church that was closest to their homes. The French got mad at them for going to their church and changed the language spoken in church to French. The Irish then tried to get back at them by building a bigger and better than the wooden St. Anne’s church of those days. The corner stone of St. Kieran’s church was laid June 10, 1894. The first services were held in September of that same year in the basement because the construction of the upper part of the structure had not been complete. The church was completed on May 30, 1895 and was dedicated by Bishop Bradley. Father Edward Mackey was appointed to St. Kieran’s Church and latter built St. Patrick’s School. The French then built their new St. Anne’s church that was bigger than St. Kieran’s and they both still stand, one in Irish Acres, the other on Pleasant Street but St. Kieran’s Church is now an art center.

An Interview With Barry Kelly

Barry Kelly talks about local immigration and how it affected the industries of Berlin. He also talks about how his own Irish heritage came to Berlin and built the sawmill that he now owns today. 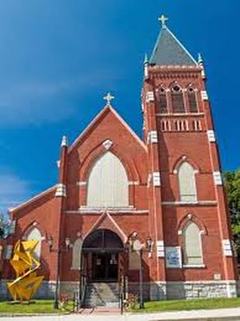 For some years, Irish and French Catholics worshiped together in the original St. Anne’s Church. As time passed the church was found to be too small for the growing congregation. It was also difficult and awkward for the priests to make the different na­tionalities understand their sermons. That was probably the reasons why the Father Edward. D. Mackey was determined to break away from St. Anne's and to help the Irish secure funds to build their own church. With remarkable foresight, Father Mackey selected a location which, at the time, seemed strange indeed. It was virtually a "bog in the wilderness.” The corner stone of the church was laid on June 10, 1894. September 24th of that year, the first services were held in the basement, as the construction of the upper part of the structure had just been started. On May 30, 1895, the building was dedicated by Bishop Bradley. Father Mackey latter built St. Patrick’s high school, which in later years had more than 500 students. 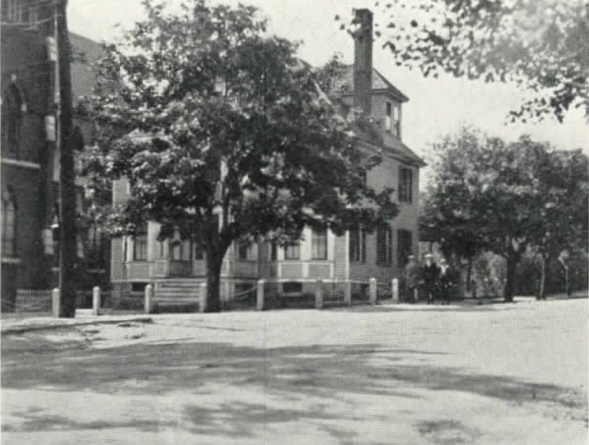 Malloy Square, which is named after John J. Malloy who gave his life fighting in World War I 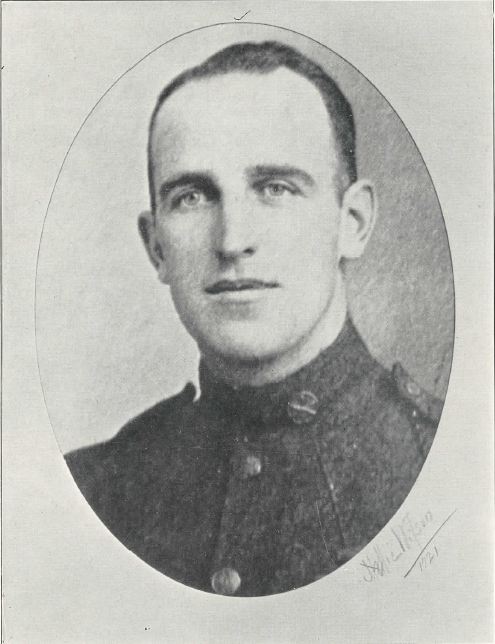 SERGEANT JOHN J. MALLOY
Back to the top of this page