In 1854, the first people of the Nordic race made their entrance into the town of Berlin, these were the families of John L. Oswald, Carl Oleson, and John Gilson. Altogether, there were about three thousand Scandinavians families in that came to live in Berlin. They settled here because of the logging industry, as so many others did. The Norwegian Village originally consisted of four streets called Norway, Denmark, Sweden and Finland and which are still around today. The names of 5th and 6th Streets recently changed to Iceland Street and Viking Street but was not part of the original Norwegian Village. It was very common to hear elderly Norwegian men and women speaking Norwegian in the village back in the day. A huge section of Norwegian history was played out In Berlin with the oldest ski club in North America, the Nansen Ski Club. Originally called the Skiklubben Nordamerikansk, or North American ski club, and was for Norwegian speaking people only to try to keep the Swedes away. Olaf Oleson is credited with making the first pair of skis in the
United States. He also perfected the first “iron rigging” for skis. Around the year 1900, Adolph Oleson became the first known person to somersault off a ski jump and also was the first person to jump through a fiery hoop. The first ski jump to be built was called Paine Hill Ski Jump. It was built for the first winter carnival in Berlin that was held during the winter of 1922. Previous jumps were made using the hill and a snow chute built into it. It was said that speeds of 60 miles per hour were attained on the chute. The section used for this area was called Paine’s Pasture, in the Norwegian Village. It sat at the end of Tenth Street and what would later become Eleventh Street. The jump was moved to a different position in 1927 and in 1938 the Nansen Ski Jump on the Milan Road was built. When Fridtjof Nansen, who in 1888 skied across Greenland, came to Berlin they change the name to the Nansen Ski Club, in honor of him. The Norwegians still live in Berlin but their ski jump is no longer used but the Nansen Ski Club is still here today.
The following is a list of all churchies in or around the Norwegian Village: 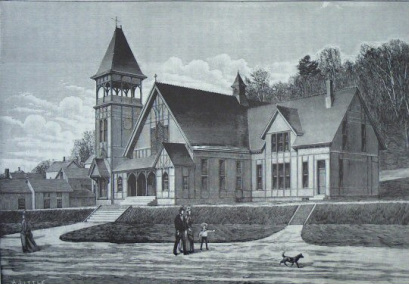 (Image from www.berlinnh.home.comcast.net)
In 1876, Reverend Gorham began to hold services in Berlin.  In that year, he invited the citizens to meet with him at Berlin Mills hall to consider the organization of a Congregational Church.  They were the first established organization in town, and it grew very rapidly. On Nov. 22, 1877, a council of Congregational churches of Lancaster, Gorham, N.H., Bethel, Gilead, Oxford, Rumford, Andover, South Paris, Lewiston and Portland, Me., voted, "There followers in Berlin should build a church upon the basis of the submitted articles of faith."  This was the first regular, organized church of which there is any record in Berlin. On June 27, 1881, the Parish of the Church of Christ was organized with W. W. Brown, chairman; C. E. Olson, clerk; J. W. Parker, treasurer and collector; J. D. Duke, Franklin Wheeler and John Wilson, executive committee. In 1862, work of erecting the present Congregational Church of Christ was started and on July 22, 1883, the building was dedicated. The bell was installed in 1885.  In 1904 the late W. W. Brown, who was a large and liberal benefactor form the beginning, donated a pipe organ to the church. Reverend Benedict resigned in 1882.  His successors were:  The Reverends Albert Donnell, 1883-85; S. L Bowler, 1885-90; Henry Wheaten and William Coburn, 1890-93; J. B. Caruthers, 1893-1901; R. C. Flagg, 1901-05; W. F. Slade, 1905-08;  E. W. Moore, 1908-27; H. C Stallard, 1927. This church closed in 2012. 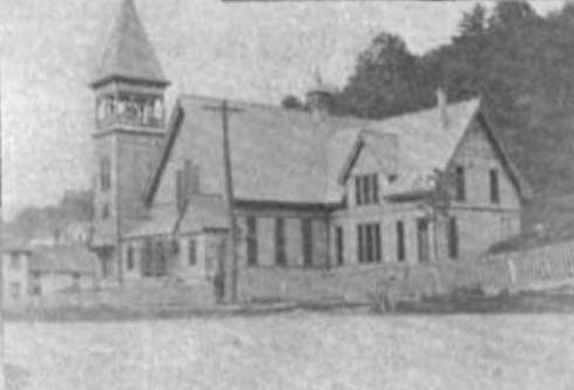 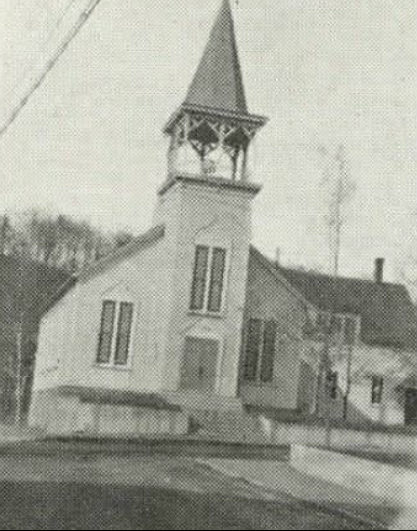 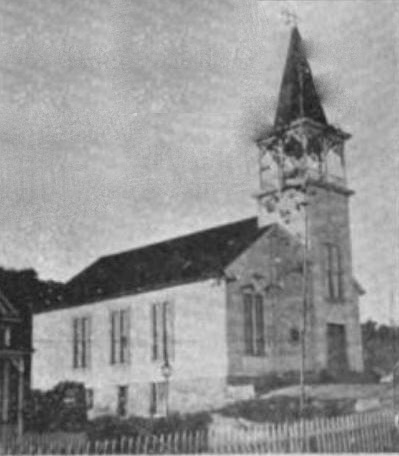