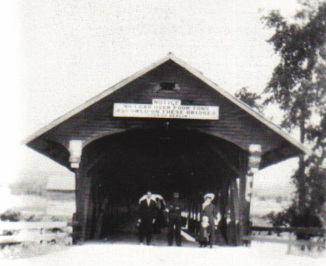 A view of the front of the Sam Paine’s Bridge
The Samuel Paine Bridge, so called because it was located across the road from his farm, was the second covered bridge to be built in Berlin. It stood just yards above today’s Veteran Memorial Bridge (Twelfth Street Bridge). The first Bridge was built in 1851-1852 just about a mile upstream from this bridge, but caused log jams with its crib-work. Before it was taken down by force, high water wiped it out and Paine’s Bridge was built just below Pine Island in 1857. In 1916, the Berlin Mills Bridge (the Walking Bridge today) was built with steel and was the pride of Berlin. It was decided to dismantle the old Sam Paine Bridge. The middle pier of the covered bridge can still be seen just above the center of the Twelfth Street Bridge and if one looks toward the St. Anne cemetery side, they can see the stone base that held the eastern portion.

The Berlin Mills Bridge (the Walking Bridge today) Built in 1916 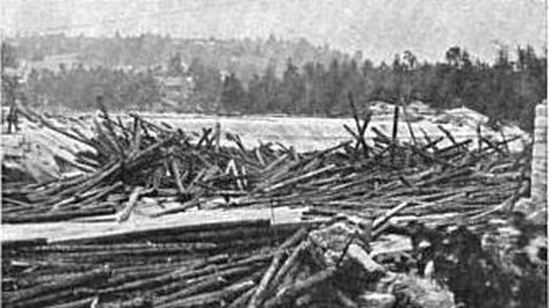 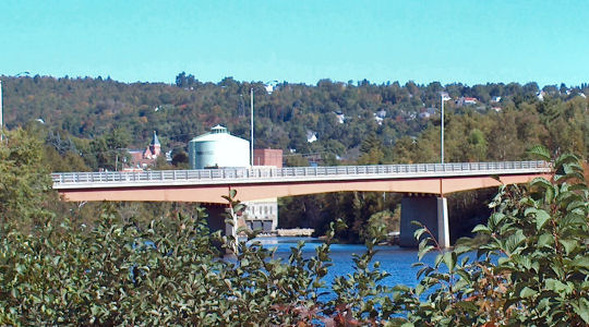 The Cleveland Bridge is the Southernmost bridge in berlin